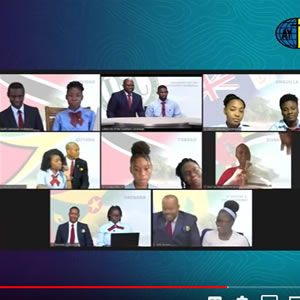 As could be expected it was a joyous time at the Guyana Conference's office as the local support team, which included the Youth Director, Pastor Marvin Smith waved and shouted as the first place finish was celebrated 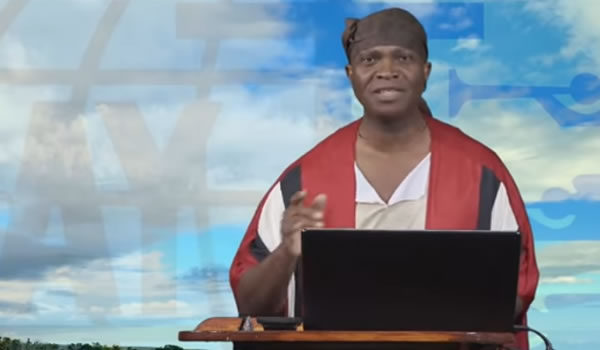 Bible Connections was previously known as Bible Boom when the competition began in 2012, but from 2017 was called Bible Connections. This is a major highlight of the Youth Department's calendar in the Inter American Division (IAD). The winner of the local union becomes the representative at the IAD finals.

This year was a virtual event and according to Pastor Anthony Hall, CARU's Youth Director 'while there were some challenges, from all reports this was the best ever in terms of planned production', with over two thousands watching the live zoom event which was streamed on YouTube. Pastor Hall indicated that given all the challenges he would describe it as 'a highly successful event'. There were some technical challenges as participants joined the Zoom event from nine (9) different countries ( including one participant, a student studying in Jamaica) to participate in the real time quiz event.

The all-day activities began on Sabbath morning which featured a Bible presentation on the book of Job with Pastor Hall bringing the bible character to life by donning a colourful robe, complete with a wrap style headgear, reflecting ancient dress. This set the tone for a strong visual impact session.

Over two hundred viewers joined the Sabbath morning services and by Sabbath afternoon this had swelled to over 2000. To date over 3000 views have been registered from the principal feed.

The Bible Connections contestants usually travel to a single location, but due to the ongoing Pandemic this was not possible. The Department expresses its heartfelt appreciation to all who made this event the resounding success it was.

We give thanks and praise to  Almighty God for the success of this online event. The program can be viewed here on the East Caribbean Conference's YouTube Channel.