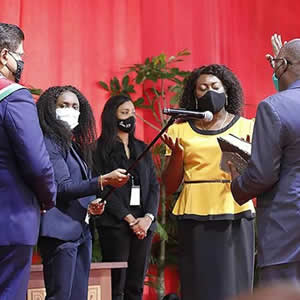 New Minister of Economic Affairs has been church treasurer and literature evangelist. Saskia Walden became the first Seventh-day Adventist in Suriname to be appointed as a cabinet official to the new chief of state and head of government, President Chandrikapersad Santokhi. Walden was sworn in as the Minister of Economic Affairs, Entrepreneurship, and Technological Innovation during a special ceremony of the National Assembly in Paramaribo on July 16, 2020. 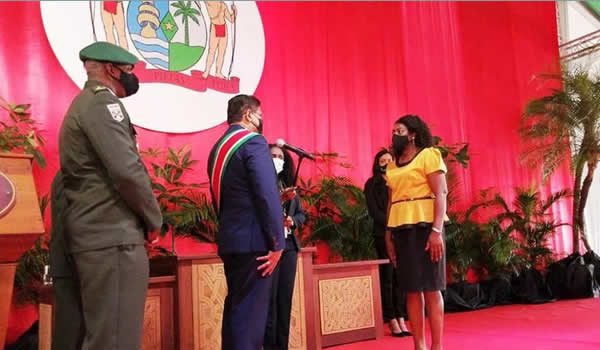 Minister Walden, a native of Suriname and a member of the Central Seventh-day Adventist Church in Paramaribo, has served the church in the Caribbean Union and Europe for several years. She was prayed for by Adventist Church president in Suriname Edward Blackman during a televised swearing-in session among other new cabinet members and government leaders.

“We congratulate you on this memorable day and wish you a lot of insight, wisdom, mostly courage, and discernment to do your work with honor,” Blackman said in Dutch. “A very well known quotation within our fellowship of believers, which you have certainly heard, is the following: ‘We have nothing to fear for the future, except as we shall forget the way the Lord has led us, and His teaching in our past history.’”*