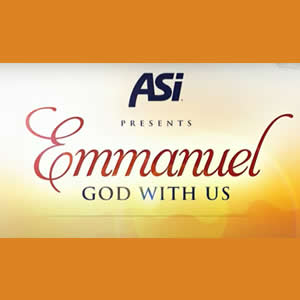 ASI showcases youth evangelism in 'Emmanuel God with Us' series

The Inter American Division ASI  in collaboration with the East Caribbean Conference recently conducted its Emmanuel God With Us Bible Seminar, a one-week outreach series held from 12th-19th December 2020.

In his address, the union president expressed his joy and support for the work of the young people in the ASI2000 and Beyond initiative.  This initiative as part of the work of the Adventist Church in the Inter-American Division region.

ASI Mission 2000 & Beyond is a nonprofit whose work is the mobilizing, training and deploying children and youth into service for God and humanity. This is a vehicle provided by ASI Barbados where children and youth commit to pursuing God in active service to humanity, through evangelistic programs and humanitarian service

The program featured presentations from young people across the participating conferences featured various segments and was unique in being shared across several conferences. Each night a different young person presented the word of God.

This was a high-class, well-choreographed production promoting the message of Jesus as the world celebrates Jesus while honouring the work and mission of ASI and ASI missions. The entire series can be viewed on the following YouTube channels.

We thank God for such outreach.