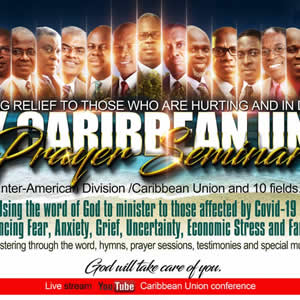 On Wednesday, July 15th, 2020, Seventh-day Adventists in the Caribbean Union Conference held a Prayer Seminar & Workshop Prayer Relay featuring all Conferences and Missions with our territory. The event was a collaboration between the Inter-America Division (IAD) and the Caribbean Union Conference (CARU). The program began at 7:00 p.m with the NCC, who passed a virtual baton after being responsible for scripture reading, prayer and songs from Tortola and St. Maarten.  Other conferences and missions followed with the last being the South Caribbean Conference.  After an inspiring chain of activities, CARU handed off the baton at 9:00 p.m to another unit within the Inter-American Division (IAD). 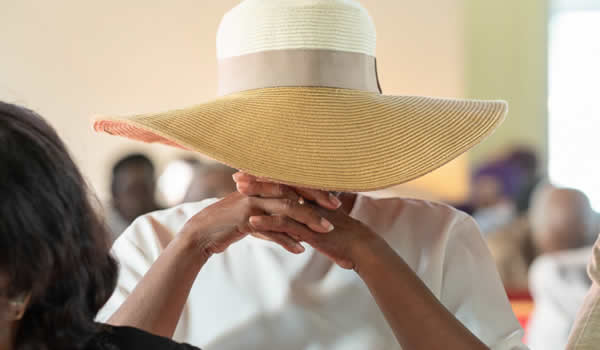 The coordinated relay is the IAD’s signature culmination of the Adventist World Church’s “100 Days of Prayer” initiative.  The 100-day prayer experience, which began in late March, was the brainchild of the General Conference’s Revival and Reformation Committee. Members were encouraged to intercede for the presence and power of the Holy Spirit to be poured out on the Church and empower members for mission, during the worldwide health crisis.

Each of the IAD’s twenty-four (24) unions were allotted time to uniquely celebrate God’s intervention, during the pandemic, through thanksgiving, songs, scripture, spiritual renditions, testimonies and prayer intervention moments. The 24-hour online relay concluded the General Conference's 100 days of prayer program which featured prayer sessions, seminars, messages and a comprehensive media campaign, with a focus on revitalizing intercessory prayer.

The live event was available in English, Spanish and French by the IAD. Thanks to our members who made the event successful with more than 13,700 views. Three live streams and 4 Languages (English, Spanish, French and Dutch) were offered and were available on the Union's website and youtube pages.