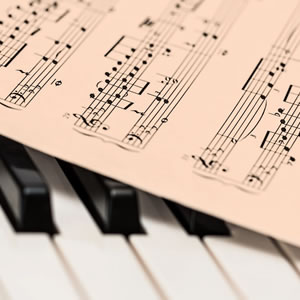 The song submitted by Ravae and Kedron Isaac has won the Inter American Division  (IAD) theme song contest and will be the  theme song used within the Division for the "I will Go" initiative expected to run the  next 5 years. The song entitled "I will go" was written and composed by the two creative artists. You can listen to the song here.

According to Pastor Anthony Hall, Youth Director of the Caribbean Union conference, every five years, the IAD chooses a youth theme song to be used across the Division. Each of the 23 unions in the Division submitted one entry. This is a major achievement for the Caribbean Union as the new theme song will be heard across the expanse of the English and French Caribbean, Latin America and the South American territories which are part of the IAD.

Dr. Kern Tobias, President of the Caribbean Union also expressed his thoughts. He stated " I am excited and enthused on learning that Kedron and Raevae Isaac of the South Caribbean Conference gave the Caribbean Union Conference the distinction of winning the Interamerican Division's Youth Theme Song Competition. They are two excellent musical exponents and in God's providence they are happily married and are using their musical gift for the glory of God and the encouragement of His people. Congratulations to them, the SCC, and the Youth Ministry of CARU. This is a signal and special moment for an English-speaking Union in a Spanish-dominated Division. God be praised!"

Within the Caribbean union, four submissions were received: one from Trinidad ( South Caribbean Conference ), one from Tobago ( Tobago Mission ) and two from Guyana ( Guyana Conference ). Pastor Hall indicated that after reviewing the  submissions from the various CARU fields, he felt that the one chosen to be submitted for IAD judging 'was definitely a winner.'

According to the Youth Director, there are some standout characteristics of an 'impactful' theme song. These include:

It is noteworthy that even after a few days after being chosen, the song has already been translated into Spanish. The song is also now available in French. You can listen to the song on our YouTube channel.

Congratulations are in order to the musical couple, the South Caribbean Conference and to CARU.