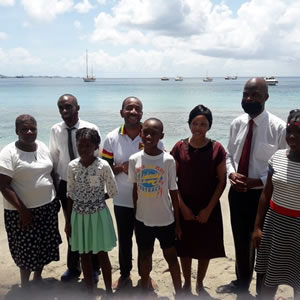 The CARU Good News Impact 2021 program came to a grand close on Sabbath March 26th 2021 with a candlelight ceremony from various locations. In this campaign over 2,000 persons were baptized, culminating the four-week evangelistic campaign with International Evangelist Pastor Dr Claudius Morgan, Communications Director and Evangelism Coordinator of the Caribbean Union Conference of Seventh-day Adventist. 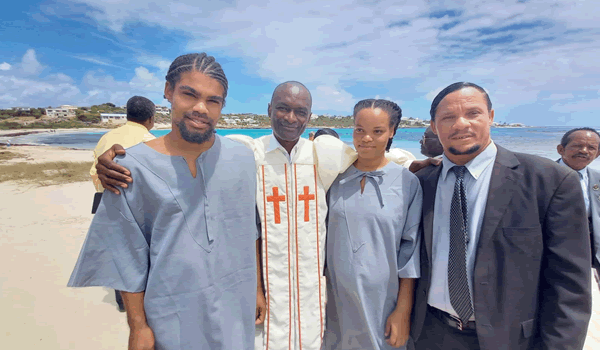 This was a first of its kind program held in the Union and included active participation from all ten Union territories, who provided special music, prayer and various features for the nightly 7:00 to 8:30 pm broadcast. The program was run five nights per week with Thursday being the rest night. The first three Sabbath evenings featured a concert entitled Caribbean Praise, showcasing various artists, many of them youths from across the Caribbean.

The program was streamed originally from the Caribbean Union's YouTube channel but was restreamed from over 30 points such as CARU constituencies' Facebook and Youtube channels, the University of Southern Caribbean Caring Church, ASI Tobago and even locations outside of the Caribbean Union, such as Jamaica and specific locations in North America. All recordings are available on the Caribbean Union's YouTube channel. There were also presentations on 'the Christian Lifestyle by Pastor Anthony Hall, Youth Director of CARU and another on 'Stewardship and Tithing' by Pastor Terrence Haynes, Stewardship Director of the St.Vincent Mission. 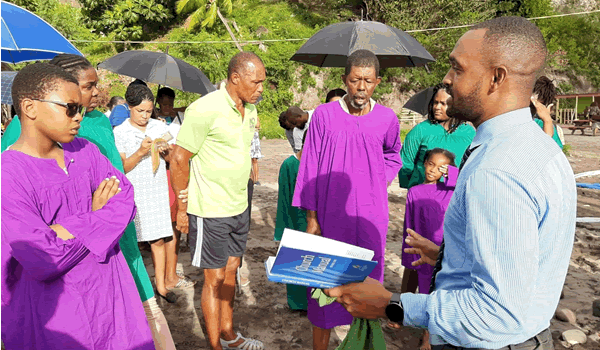 According to Pastor Morgan, the initial program concept was expected to run five (5) or possibly six (6) weeks under the auspices of the East Caribbean conference, with the Caribbean Union being responsible for the first 4 weeks. However with the various CoVID-19 restrictions and protocol adjustments, the program originally intended to be streamed live from the Oldbury Campsite, Barbados was transitioned to a fully online program, composed of various taped segments. It is a testament to the professionalism of the team that only once were there any hitches: the various episodes were delivered smoothly.

Pastor Dr Balvin Braham, assistant to the IAD President in charge of evangelism shared with the CARU Communications team that " this program was part of an initiative approved and voted by the IAD for collaborative evangelism efforts to be conducted by every member union".

The program engaged various elements such as collaborative social media messaging, graphic artists, video and digital production specialists, project management, strategic planning, website management, data analytics and online support that elevated the program from a live-streamed crusade to full-scale digital production. That a large segment of those who freely gave of their time, talents and skills were young people bodes well for the work of the Adventist Church in the Caribbean in the arena of digital evangelism. The Caribbean Union's team owes a tremendous depth of gratitude to the Evangefy team that created the supporting BOVI app and digital evangelism platform. For more information on the platform visit their website here. Various assets including newsletters and messages can be found on the Caribbean Union's page created specifically for the event. As the home conference of the program, the East Caribbean Conference also offered its own local support page.

Pastor Morgan is no stranger to large evangelistic campaigns and has been involved in global evangelistic campaigns for over 25 years. His preaching is delivered with amazing simplicity and reasoned points punctuated with singing, something the pastor loves to do. The program was originally intended to be a large in-person program that would be live-streamed however due to Government-mandated lockdown was recorded in a studio with limited persons. Night after night the sermon was presented with the flavor we've all come to identify as uniquely 'Pastor Morgie'. While the studio audience was four singers, a musical band consisting of five persons and the reader, it was an amazing support team. Nightly viewers can recall the engaging banter of the scripture readers particularly David Wood that made the in-studio experience memorable. As Pastor Morgan would punctuate his impactful preaching with singing it often seemed as if more than just four persons who were singing and angels seemed to have joined in to fill the room with praise. The preacher is known as a true singing evangelist and with a smaller in-person audience, his trademark singing would often start and end with his melodic voice; he is known for his preaching and night after night he delivered the word of God with power. The impact of the event was so profound that by the end of the first week, a number of baptisms were already held.

We are grateful for the support of Pastor Morgan's wife and family and the various ministers such as Pastor Dr Samuel Telemaque (IAD), Pastor Dr Kern Tobias (CARU), Pastor Dr Balvin Braham and the many leaders who called and encouraged the Evangelist. Pastor Morgan has publicly shared the challenge of being quarantined alone in a room, away from his family, spending long hours preparing sermons, editing sermons and still recording the session for each night. The crusade team expresses its thanks to all who supported the minister. We are truly grateful to Almighty God for sustaining his servant in this work over the six weeks he was physically absent from his family.

Digital events may have challenges, but the crusade management team is grateful to our Heavenly Father for his Faithfulness and for the men and women who've begun or renewed their walk with Christ. The program series is available on our YouTube channel and we encourage everyone to enjoy and share the series even though the crusade has ended.

All the praise and glory be to our God.