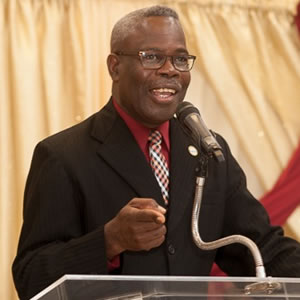 The venues were set and the committees were at work planning vigorously for the dates May 1 - 3, 2019 to arrive.  Why were these dates important?  They were important because they marked the period during which the South Leeward Mission, which was formed in March of 2011, would transition to another phase of its existence.

Wednesday, May 1st, 2019 finally arrived, and under the theme "together we persevere, with God we conquer", the opening activities of the inaugural session of the South Leeward Conference, began at approximately 12:00 noon.  The venue chosen was the Parham Seventh-day Adventist Church in Parham, Antigua. The afternoon began with the registration process where over 200 delegates converged to receive their registration packages.  The majority of the delegates consisted of representatives from the territories of the Mission (Antigua, Barbuda, Montserrat, St. Kitts, Nevis).

This year the customary physical booklet, which would contain all of the reports from the various administrators and directors, was absent.   The booklet was replaced by an android device where all of the necessary documents and files were loaded so that all had access at the necessary times. This was a welcomed "green" initiative since, as a church, there is high value placed on the conservation of the environment.

Once registration was completed, the much-anticipated service began with the arrival of the Governor Generals' Deputy, Sir Clare Roberts.  Once he was seated a melodic song service ensued.   Next, the Pathfinders proceeded with a flag ceremony where flags for each of the territories of the South Leeward Mission were posted.  Regular preliminaries such as prayer, scripture reading and special music followed.  Sir Clare Roberts then brought greetings on behalf of Governor General Sir Rodney Williams, who was off island.  The remarks were congratulatory in nature and highlighted some of the work that the Seventh-day Adventist Church is known for in Antigua and Barbuda.  The Governor General applauded the church for its change in status from mission to conference.

Dr. Henry then shared a motivational message, which essentially encouraged persons to recognize that the ultimate goal is heaven. Moments like these are important, celebrations are fine but heaven is really the goal.  Once the message was completed the three administrators of the South Leeward Mission gave their reports, taking the opportunity to share the progress of the Mission over the past 4 years.

The high point of the evening came when Dr. Elie Henry declared that the South Leeward Mission, having met the requirements for conference status, was now the South Leeward Conference.  This announcement was met with thunderous applause from the delegates at the session.  It was obvious that the delegates were excited and motivated by the declaration.  Next, a certificate of conference status was presented to the Dr. Carson Greene who received it on behalf of the delegates.

Congratulations to the South Leeward Conference and may God continue to bless the entire constituency along with the president with his team of leaders. 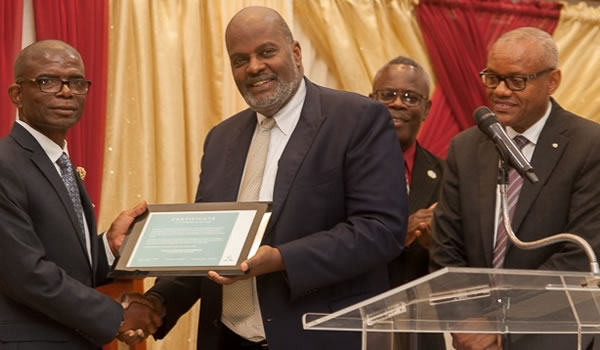