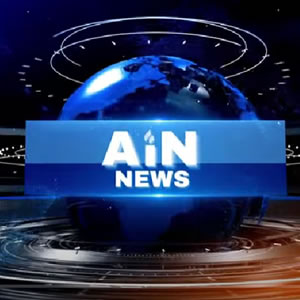 The Tobago Chapter of ASI in collaboration with the Communication Department of the Mission recently launched its Digital Newsletter program, AIN. AIN stands for Adventist Information Network and was conceived as an innovative means of sharing Mission updates to the Tobago Adventist Community while sharing other human interest stories.

The focus of the initiative is to bring a range of stories, from local regional and even international sources to all viewers. The initial program was launched on March 10, 2022, and offers various segments in the 1.5-hour broadcast. The newscast is intended to be provided monthly on the ASI Media YouTube channel.

The initial broadcast featured segments on the ASI Convention 2022, Celebrating Harmon SDA school’s 70th Anniversary, an Interview with Nathasha Brown-Allen on her new book Walking on Water (WoW) and several others including a business spotlight and an Adventist Icon feature.

The Tobago ASI chapter has one of the best media production capacities among Adventist entities in the Caribbean Union. According to an ASI Tobago Chapter representative, “the focus of the program is to bring to the Adventist community current events and news on the island of Tobago in the Adventist community. “It was shared that “while there will be local announcements and news component for future newscasts, there will also be international components as well, building on the strength of ASI connections from across the world”. There is an air of excitement when sharing the hope that a soon to come’ broadcast could feature information from an Adventist inside of the presently war-torn Ukraine. Sis Annette Lewis, Communication's Director of the Mission shared that "this initiative is a continuation of the relationship with the ASI team and the Communication Department of the Mission."

The broadcast is not limited to the ASI Tobago Studios but features several youths serving as roving interviewers and outdoor presenters.  It has a feel of freshness and simplicity with a free-flowing island vibe feels.

The ASI Tobago chapter must become commended for this initiative, and we look forward to bigger and greater things. We give God thanks for the young people who were excited to be a part of this initiative: let's keep all involved in prayer for the success of this ministry.