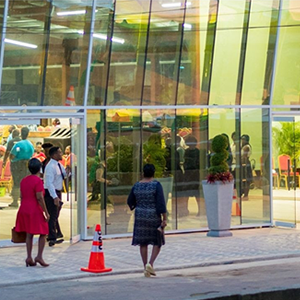 The President of the Caribbean Union Conference (CARU) delivered the sermon during the virtual ceremony dedicating the new University auditorium and the School of Nursing & Allied Health Facility at the University of the Southern Caribbean in Trinidad.

The virtual event held on Wednesday, May 26, 2021, was carried live on the University's YouTube channel, but due to COVID-19 restrictions, only a few persons were present at the campus. These included the outgoing University president Dr Hillary Bowman and Dr Wanda Chesney, the University Provost. CARU was represented by Dr Kern Tobias, President and Pastor Johnson Frederick, Executive Secretary, Caribbean Union Conference. 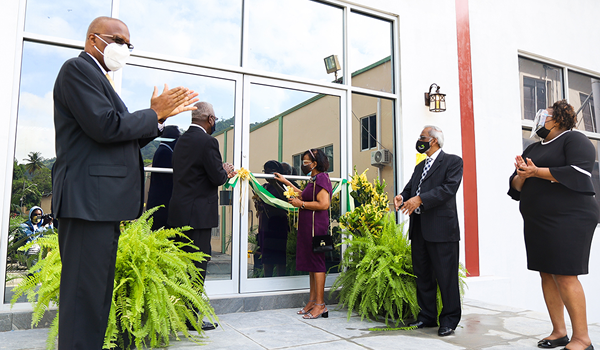 In his dedicatory sermon address under the caption 'Praise to God's glorious name', Dr Tobias shared a sermon magnifying the name of God as did the second king of Israel. Focusing on 1 Chronicle 29:10-14 the President shared that 'the focus is God himself who provided the means to get the job done’  and 'the more we do for God, the more we are indebted to Him'. He reminded those who contributed to the auditorium that 'in the service of God to never let it get to our heads' . In his sermon, he described the completion of the 'edifice' as 'phenomenal' and 'an outstanding achievement'.

The previous Auditorium was destroyed by fire on Thursday, April 26, 2012, and was the catalyst for then-president, Dr Clinton Valley to launch the Rebuilding from the Ashes fundraising campaign. Nine years later, under the leadership of Dr Hilary Bowman, a two-story building has been erected with the first floor designated for the School of Nursing and Allied Health and the second floor a large auditorium with a seating capacity of 2,600. The ground floor houses classrooms, labs, and offices for the School of Nursing & Allied Health. The top floor which was previously completed is a major venue location for conferences, concerts activities, Union and Conference activities.

The University is grateful to the varied generous benefactors who contributed to bringing this project to completion. As USC approaches its 95th anniversary of providing transformative education in the Caribbean region and beyond, the Union's Administration gives Almighty God all the praise for his continued blessings on the University.