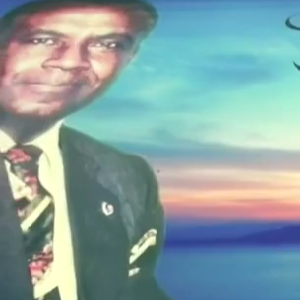 Across the Grenada Conference, many joined in mourning the loss of Dr Nord Punch, former President of the Grenada Mission.

In a statement to the church, Dr Clinton Lewis, President of the Grenada Conference stated, ‘Dr Nord Punch, former Superintendent and Mission President of our Field has been called to rest by His Master Dr Punch has served our field as Superintendent from its inception as a local administrative Unit on January, I. 1981 to 1983 when we became a Mission. He then served as Mission President from 1983 to 2001. Dr Punch was elected as the Executive Secretary of our Conference from 2007 to 2011 and he retired on December 31, 2016. His service also included Stewardship Director of the Caribbean Union Conference. He was a dedicated servant, Pastor and Evangelist, who has made a sterling contribution to the work of God.’

Soon after the church in Grenada received Mission status, Dr Punch, took to the airwaves with a half-hour weekly religious broadcast, Happiness in Jesus, which was broadcasted on Sunday mornings and was heard in Grenada and other Caribbean countries and ran for several years. This is often remembered as one of the hallmarks of his ministry.

Dr Punch was laid to rest on Thursday 26th May 2022 at the Mirabeau Seventh Day Adventist, St. Andrew, Grenada. The Caribbean Union expresses condolences to his family and friends. Dr Lewis also stated 'We thank God for the way He used His servant to bless so many lives and to advance His kingdom. He sleeps but his works follow him…. Dr Punch awaits the resurrection of the righteous that he preached so often about.