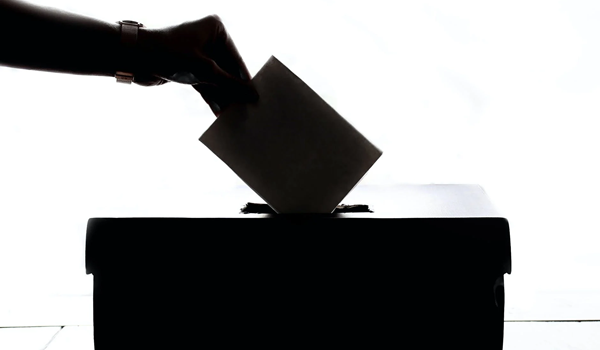 Christianity in the modern political world

On Saturday, Nov 8, 2020, I was told by a friend that Democrat Joe Biden had won the Presidency of the United States. My response was to ask if the Republican President had conceded or if the election was certified. My friend seemed surprised as they indicated it is was 'all over the Internet and the TV'.

One of the core principles of democracies is that elections are only concluded once certified by the requisite legislature. Only elected officials certify elections. I indicated to my dear friend that the Republican President, Donald Trump had in fact filed several state-specific lawsuits questioning the outcome of the election. It was my Christian friend's brusque response intonated, with an angry huff, that I found alarming: "well all the media saying so, so it must be true".

It is not my intent to discuss the political nuances of a governmental election, but rather to point out that this attitude came from a Christian, a believer. One who ought to continuously ask God to show them the play and counterplay of man, through His eyes and His Word. The Media does not determine truth, God does. The Christian ought to be discerning enough, apolitical enough, grounded in a love of truth enough to read and study for themselves and hold true to the truths so revealed. There is a serious battle of truth versus deception, good versus evil, God's saving agenda versus Satan's destroy agenda, being waged behind the scenes, and no Christian should lose sight of this. The indifferent answer intimating ' it is so because everyone says so' is the very danger Christ warns us about.

We live in a world in which sadly many now demonstrate a diminished appetite for reading and study, and have very little patience to engage in the pursuit of knowledge. Many are only as informed as they are told, whether in the church, school, workplace or political arena. Each weakened mind ensures that fewer would go against the tide of the masses: knowledge used to be power. Sadly group-think and group christianity are quite fashionable these days.

God has already set the boundaries of what is right and wrong. Our personal preference even among political candidates is of no consequence to Him. And if it means the Christian, after much study, goes against the crowd...so be it. Lest we forget, men like Jan Huss, Zwigli, Martin Luther were not mere 'Christian sufferers', their life's work was going against the geopolitical behemoth called the Roman Church. We look with admiration on these men hundreds of hundreds of years later, but in today's world, they would have been vilified, doxxed, attacked and suffer the wrath of the cancel culture crowd. Somehow, I doubt those great men would be followers if they were alive today: they were grounded in their knowledge and were prepared to stand alone. Those who stand alone may not always stand in quietude, but in God's promise of a 'peace that passes understanding' in every tumult. To enjoy such peace requires studious effort and a never-ending study of the word of God.

I challenge everyone: try reading, try being self-informed in all things, try personal bible study, reason alone with God! You may discover the world is way more upside-down than you think. In my own experience, it has led me to look less favourably on what anyone tells me is Truth and what I should believe. God alone is Truth and He alone I believe. Wherever God's Truth leads me in the arena of politics, workplace, academics or church…I'm good with that. We all should be.

Extracted from an article written by Connell Byron Hunte