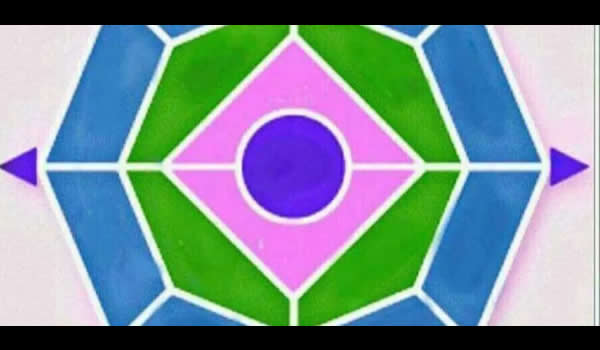 The Blessing Loom - blessing or scam?

21 Nov 2020 | Submitted by the SVG Mission | St.Vincent & the Grenadines Mission

Some folks may have seen a curious message pop up in their social media feeds recently, inviting them to make quick cash on something called a Blessing Loom. The way it works is, a person receives a notification on Facebook, for example, inviting them to give $100 to a PayPal account and then recruit two other people to do the same. Once this is done, the arrangement goes, that first person receives $800 back. Sound a little suspicious? Or familiar? That’s because it is. The Blessing Loom is simply the latest version of the popular old “chain letter” scam known as the pyramid scheme, or Ponzi scheme. Disgraced New York financial advisor Bernie Madoff ran one for years, and made billions from it – until he was caught in 2009 and sentenced to 150 years in prison.

The Blessing Loom scheme seems to have already run its course in the United States in late 2016 (which could be why it’s starting to pop up in the social media feeds of Canadians and other non-US residents in recent weeks and months). Also known as the Christmas Wheel when it was circulating during the 2016 holiday season, the ubiquity of the Blessing Loom at the time eventually prompted government officials, such as the Utah Department of Commerce and Mississippi Attorney General Jim Hood, to directly address the phenomenon.

“These so-called gifting circles that are all over social media right now are nothing more than illegal Ponzi schemes,” Hood said. “The only reason they keep circulating online is because the people who have paid money into a scheme are desperately recruiting others in hopes they can get their money back. These pyramid schemes always collapse, and I hate that some people in our state would risk losing their money, especially this close to Christmas.”

The Blessing Loom is classified as pyramid selling, which is illegal under Canada’s Competition Act. (It’s also against the law in the United States and many other countries.) The Competition Bureau defines pyramid selling as “a multi-level marketing plan that includes either compensation for recruitment, required purchases as a condition of participation, inventory loading, or the lack of a buy-back guarantee on reasonable commercial terms.” If convicted, a person found guilty of pyramid selling in Canada could face a fine of up to $200,000 and/or a year in prison. Promoting such a scheme also violates Facebook’s terms of service, and could result in a user being banned from the social media site.

The Blessing Loom is hardly the first old-fashioned confidence scam to make the jump into the digital age. We’ve all heard of and joked about receiving shady emails from someone claiming to be a Nigerian prince who just needs the recipient to send a sum of money ($5,000, $10,000, $100,000 or even more) in order to receive a payout in the millions. This is known as an advance-fee scam, an updated version of an 18th-century fraud known as the “Spanish Prisoner”. In 2015, the “Secret Sister” scheme made the rounds on Facebook; it was just another pyramid scheme, only this time based on making a $10 donation and receiving dozens of valuable “gifts” in return.

One reason for the unfortunate persistence of such scams online and on social media is that they sometimes target specific communities. For example, the current run of the Blessing Loom seems to be finding traction specifically with immigrant communities from Africa and the Caribbean, and it’s similar to a “sou-sou”, or a sort of informal savings club, which are more common in those regions. A group, typically family or friends, pools their money and contributes regularly, and after a specified period of time, each member receives a lump sum payment, with the idea that a person gets back what they put in. (For example, a 10-person sou-sou where everyone puts in $100 a month would see each person receive $1,000 within 10 months.) Scammers appear to be targeting these communities, as the Blessing Loom sounds like something they may already be familiar with.

Even beyond the laws, regulations and government warnings, a good way to think about these sorts of arrangements may be, if you encounter a pitch that seems intriguing but you have that moment’s thought of, “What if this is a scam?” – especially if it requires money or something else of value from you upfront, with nothing immediately offered in return – then there’s a decent chance that it is. One of the chief reasons pyramid schemes are still around is that, for many of us, that instinct can be overruled by greed and the promise of what is essentially free money.

As the old cliché goes, there’s no such thing as a free lunch. Just use common sense; if it seems too good to be true, it almost certainly is.